Join me and Butch Patrick, who is best known as Eddie Munster on The Munsters at the Big Top Flea Market on January 13, 2018. Butch with be there with the Munster Koach and Dragula and I will be there with my hearse.

Butch Patrick played Eddie Munster, son of Lily and Herman Munster on CBS from 1964 to 1966. As a teen heart throb, Butch went on to play Mark in Lidsville which was a fantasy world ruled by hats. Butch has also guest starred in numerous television shows and movies such as Ironside, My Three Sons, Adam-12, The Monkee’s, Gunsmoke, I Dream of Jeannie, Mr. Ed, and Bonanza just to name a few.

Will the war between Dr. Paul Bearer and Butch Patrick continue… OR… will they shake hands and become partners? Hmmm… 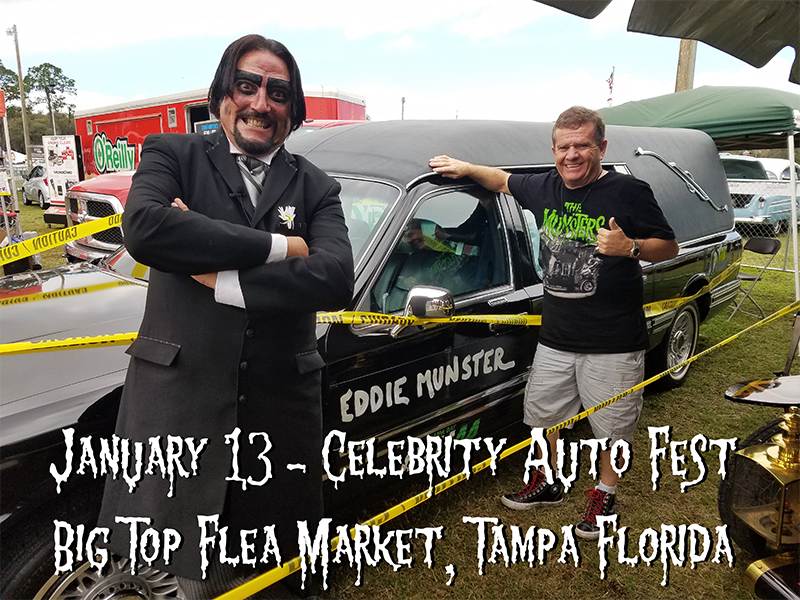 Your Time Is Running Out.