Legend has it that after Horror Movie Host Dr. Paul Bearer  died in 1995, a group of slightly crazed scientists gathered together in a last stitch effort to bring him back to life. The scientists worked tirelessly through the midnight hours for years until their endeavor finally paid off. The cloning of Dr. Paul Bearer was successful!

Cloning is no easy feat, sources say that a hair belonging to TV star Dr. Paul Bearer remained inside a decayed script from a 1975 episode of ‘Creature Feature’ airing on WTOG. Mad scientists extracted DNA from the hair so the cloning process could start. As a result, on Halloween of 2014, the scientists announced that they successfully cloned a fully developed adult male known as Dr. Paul Bearer.

The original Dr. Paul Bearer is known as a pun-spewing, bad-joke-telling host who speaks in a gravelly voice. Dr. Paul’s usual attire is a long-tailed, vintage tuxedo with hair parted down the middle and slicked at the sides. He has a skewed gaze that still haunts the memories of St. Petersburg citizens.

Sources say that the cloned Dr. Paul Bearer bears an uncanny resemblance to his predecessor and sounds like him too!  Dr. Paul Bearer can now be seen on WTOG-CW44 in the Tampa Bay, Florida area hosting Tombstone Tales. –Vanessa Rao: CW44 Tampa Bay 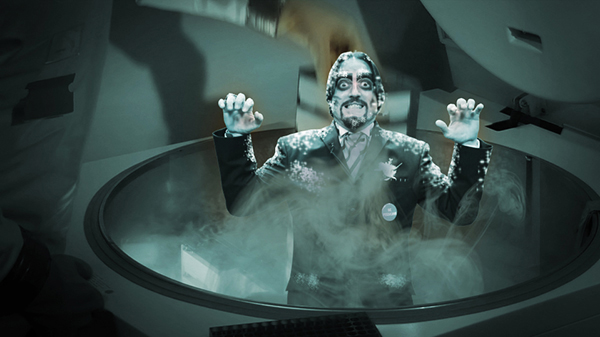 A Bizarre Star Is Born